The angle of attack can be simply described as the difference between where a wing is pointing and where it is going. 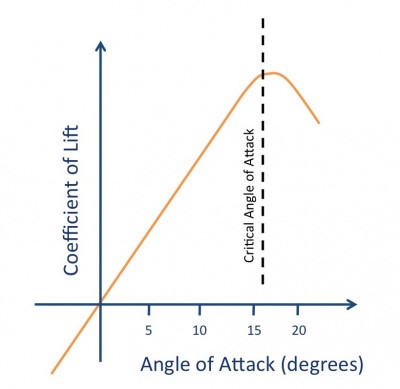 Note: the above diagram is sometimes referred to as the “Lift Curve”