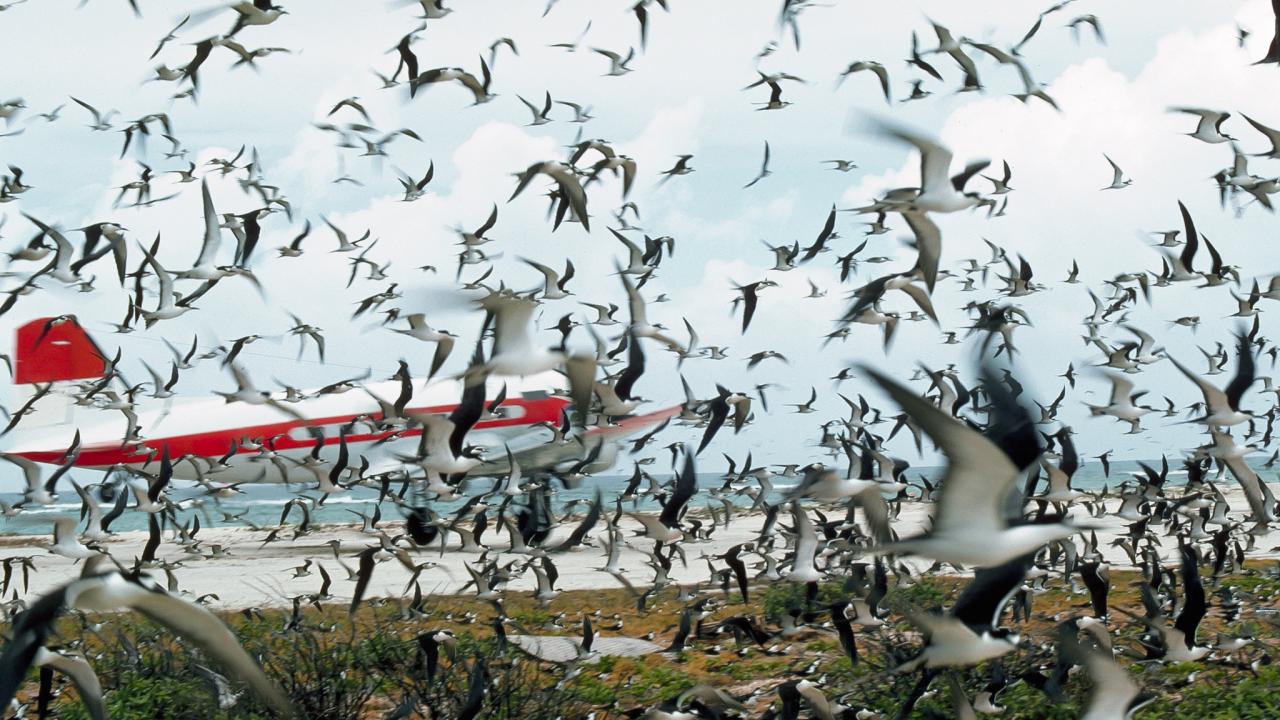 Birds are a major hazard to aviation and have been responsible in causing loss of aircraft, helicopters and loss of valuable human lives. Prevention of bird strikes is a joint responsibility of Aircraft, Helicopter Operators, Flight Crew, Regulator, Airport Operators and Air Traffic Controllers. An involved, aware and alert Controller can be of great assistance to air crew in mitigating the consequences of a bird hit.

According to a study conducted on bird strike incidents involving transport aircraft, in 41% of bird strikes, the impact was on the aircraft engines. Another equally large proportion of impacts are distributed between the aircraft nose, radome and flight deck windscreens.

Air traffic controllers dealing with a bird strike event, should therefore, have in mind that bird ingestion in multiple engines, reduced visibility from the flight deck or windscreen penetration, especially with smaller fixed wing aircraft and helicopters, can all lead to loss of control. Reduced visibility and windscreen penetration may result  in the further potential consequences of interference with air to ground radio communications and even  flight crew incapacitation.

There is no set of ready out-of-the-box rules to be followed universally. As with any unusual or emergency situation, controllers should exercise their best judgment and expertise when dealing with the apparent consequences of a hazardous bird strike

Possible Consequences of a Bird Strike.

If a flight has experienced a bird strike, the controller may expect:-

(a) Routinely scan for the presence of flocking birds, especially large ones, in the vicinity of runways about to be used for a takeoff or landing, including the initial climb out / final approach paths;

(b) Maintain close contact with the Airport Operator and request and coordinate bird   dispersal actions before take-off and landing, as necessary;

(c)  If unable to get the birds removed, communicate any relevant presence of birds     to pilots with their location and apparent direction of movement.

(d)  Include appropriate cautionary advice in the ATIS recording.

(e) In case of persistent bird activity, perhaps attributable to a particular attractant but also including active migration routes, NOTAMs should be raised and cancelled when the threat has passed.

(f) The bird activity is likely to increase after grass cutting, specially after rains since  birds are attracted to insects/reptiles which get exposed or killed during grass/vegetation removal. Caution the aircraft/helicopters accordingly.