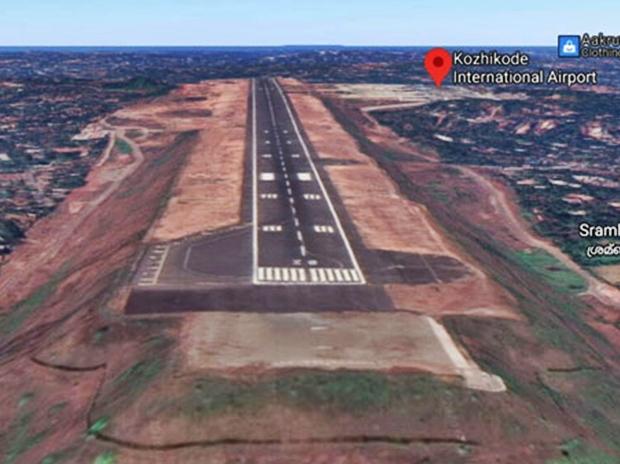 Kozhikode plane crash: All you need to know about ‘tricky’ tabletop runways

At least 18 people were killed and many injured when the Air India Express flight from Dubai with 190 onboard overshot the Kozhikode airport’s runway — a tabletop runway, while landing in heavy rains and fell 35 feet down a slope and broke into two portions on Friday night. The pilot-in-command Captain Deepak Sathe and his co-pilot Akhilesh Kumar were among those who lost their lives.

The crash at Kozhikode brought back bitter memories of the flight accident in Mangaluru in 2010. Mangaluru airport is also built on tabletop.

What is a tabletop runway?

The Kozhikode airport in Kerala has a table-top runway and is operated by the Airports Authority of India (AAI).

Generally, tabletop runways are constructed on a hilly or an elevated terrain and are built in a way that there is a trench or valley at the front and back of the length of the runway. Therefore, an accurate landing is very important. The tabletops are very tricky and known to be extremely challenging even for the best of pilots.

It is to be noted that landing on tabletop runways requires a precision approach with little to no room for errors. Following the devastating Mangalore plane crash, the Directorate General of Civil Aviation (DGCA) had banned wide-bodied aircraft from landing at Kozhikode airport. These aircraft require a larger strip of runway to slow down. Therefore, tabletop runways make them susceptible to accidents.

Apart from the Kozhikode and Mangalore, Lengpui airport in Mizoram, Pakyong airport in Sikkim, Simla and Kullu in Himachal Pradesh are built on tabletops.

In 2010, Air India Express Flight 812, a Boeing 737-800, flying on the Dubai-Mangalore route overshot the runway on landing at the Mangalore International Airport, killing 158 passengers.